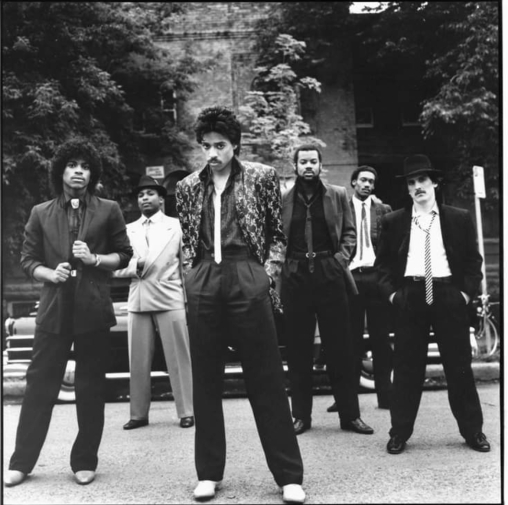 “What Time Is It?” by Butch Ford

In 1981, Prince assembled an All-Star group of musicians…comprised of the baddest cats from the local Minneapolis music scene. Together they became arguably the funkiest band in the ’80s. But individually is where they made their historical mark as superstars of R&B. I’m talking about The Time.

Morris Day, was not only the lead man and zany persona but is also a world-class drummer (he played on all of The Time’s studio recordings). James “Jimmy Jam” Harris III and Terry Lewis are world-renowned super producers with countless platinum and gold records spanning nearly four decades. Jesse Johnson, the ultra-talented lead guitarist extraordinaire & producer who’s still dazzling audiences after 35 years, both home and abroad. Jerome Benton…funk/R&B’s most notable hype man, who’s the ying to Day’s yang and also the younger brother of Terry Lewis.

But the longest active members of the group who I refer to as the backbone are Garry “Jellybean” Johnson…drummer & Monte Moir…keyboards. Johnson has produced for Janet Jackson, New Edition, Nona Hendryx, and Alexander O’Neal. Plus has played lead guitar on some of Minneapolis’s funkiest tracks like, “Fishnet,” “Innocent,” “Criticize,” and “Black Cat.” Moir produced iconic R&B classics such as: “The Pleasure Principle” and “If You Were Here Tonight.” The talent speaks for itself.

Despite playing very few notes, if any at all on the group’s first three albums (other than Day), it’s “time” the fellas get their just due in the industry and R&B History. No other band has accomplished so much in separate incarnations as this super group we love and know as The Time. “Ain’t nobody bad…like them!”