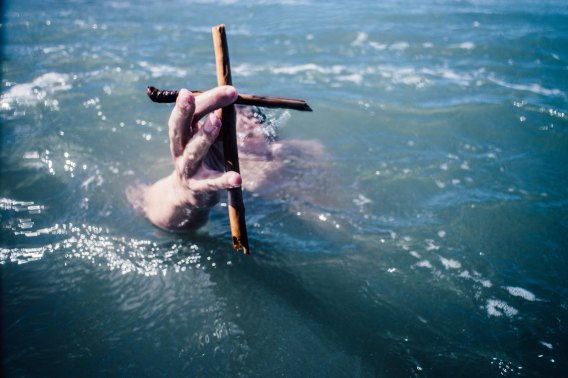 Photo by Tim Marshall on Unsplash

Finding Waves of Hope to Stop Drowning in Sadness

Your Thoughts Can cause You to Drown in Sadness

It was the evening of Sunday, June 9, 2019. I don’t know if this feeling has ever happened to you, but I felt uplifted and exhausted at the same time. It seemed I had received enough fuel to sustain me for another week, and motivation to rebuild my faith. However, for some apparent reason a wave of sadness washed over me. The weekend was biding me farewell, and I had to prepare myself for the forthcoming week.  As usual, I continued to stay optimistic about positive changes for my city in spite of the disturbing news that blasted across the airwaves.

Earlier that day, I had attended kingdom service at my home church. Later that evening, I went to a gospel concert at another church located on the east side of Detroit.   Well, after the concert, I dropped my mom off and headed home. It was around 6:30 p.m. when I drove down Conant towards the Davison Expressway. There were a sea of people standing on both sides of the street. My first thoughts were to have my car float in the other direction, but I was too tired to attempt to steer my car toward a side street. I patiently passed by a slew of individuals standing on the side or front of their cars in party mode.  Suddenly, the green light quickly flowed from green to red which caused me to stop.  At that moment, I decided to call my aunt. I informed her something was going on, but I didn’t have a clue what event was taking place. I also told her I needed to hurry and get on the expressway as soon as I could.  My soul felt disturbed. Later, I learned a car show had occurred.

As usual I started to overthink.  I headed down the Davison Expressway and connected to the Lodge Freeway, and began thinking about the crowd.  I vividly remembered seeing faces of all ages. Suddenly, I felt a rush of sadness fall upon me.  I thought, why can’t we gather in large crowds often to start a movement, spark a positive revolution, or activate a call of action to demand peace in our neighborhoods?  I wondered did any of them know they could use their footprints to walk towards building a Detroit filled with promise?  I know many citizens have taken oaths and organized rallies to battle gun violence, blight, and embrace community development. However, we need to do more.

My mind continued to think, think, and overthink.  Finally, I exited the freeway and I arrived home. Suddenly, my mind shifted, and I became consumed with other concerns. I questioned myself about how was I going to make my home better if it was destined for me to stay in Detroit?  As I turned into my driveway, I watched my 11-year old son play with the neighborhood children, and noticed he was having a disagreement with another child who lived down the street. I asked him what was the issue, and he reassured me it was resolved.

Again, I began to overthink. Is this where it all begins?  Do we participate in disputes as children that we fail to learn how to resolve in a healthy manner which leads us to become angry teens and adults? Will there be an ongoing concern with children getting along on my block and the warm days were just starting to grace our backyards? Once I got my emotions under control, I shook it off just like I shook off the wave of sadness earlier while driving through the crowd a few moments earlier.

Well, Monday, June 10, 2019 was upon my doorsteps and to my demise I clicked on a popular local news site. The heading stares at me, taunts my thoughts, and haunts my feelings leaving me feeling despaired. Four people dead, several people had been injured, and this was a result from 9 different shootings that happened throughout Detroit. Now what? Over the weekend a gun violence rally was held in Downtown Detroit. I was drowning in emotions from the feelings of yesterday of observing a crowd of people who had familiar faces, but I didn’t personally know.  Unfortunately, one of those shootings occurred in that vicinity near Conant leaving a young man dead.  It was news I didn’t want to hear, but was imprinted in my thoughts.

Continue to Believe in Hope

I was sinking in sadness from the feelings of wondering what kind of world will this be for my 15 year old daughter who anxiously awaits to live out her dreams one day in another city while aspiring to become a physician?  I didn’t want her to be attacked by unwanted tragedies.  What would be the outcome of my young son who longs to be an actor but could be disruptively placed in a horrific story as a troubled child, because he is a young African American male who loves to wear hoodies?  I don’t want to live in fear every time I see a group of people standing outside longing to enjoy life become victims of violence. I don’t want to live in sadness, fear, and anger wondering if my children will have to fight to prove their dignity when they want to just hang outside and have fun.  Neither should any innocent child, adult, or citizen.

Now what? Businesses, churches, community groups, organizations, individuals, families, parents, friends, mentors…..What can we do? What shall we do? What can be done? I know we are trying and incidents will happen that will continue to test our faith. I can’t just shake this off but I won’t hold onto all this pain either.  I will not drown in my sadness.  You must not drown in this sadness.  I will tell you what I must continue to do.  I hope you will join me, and grab your life jacket of faith and hope in this journey.  We gotta keep rebuilding and fight for our communities.   I will share hope by continuing  to write thought provoking articles, share uplifting stories, post community events, volunteer, and take mental breaks as needed.   Please share your solutions and get the crowd to join a revolution to cease the violence and unwanted pain. We will not drown in sadness.  We will strive for and believe in better days.  We will not lose our hope in Detroit!!!!!!!!!!!